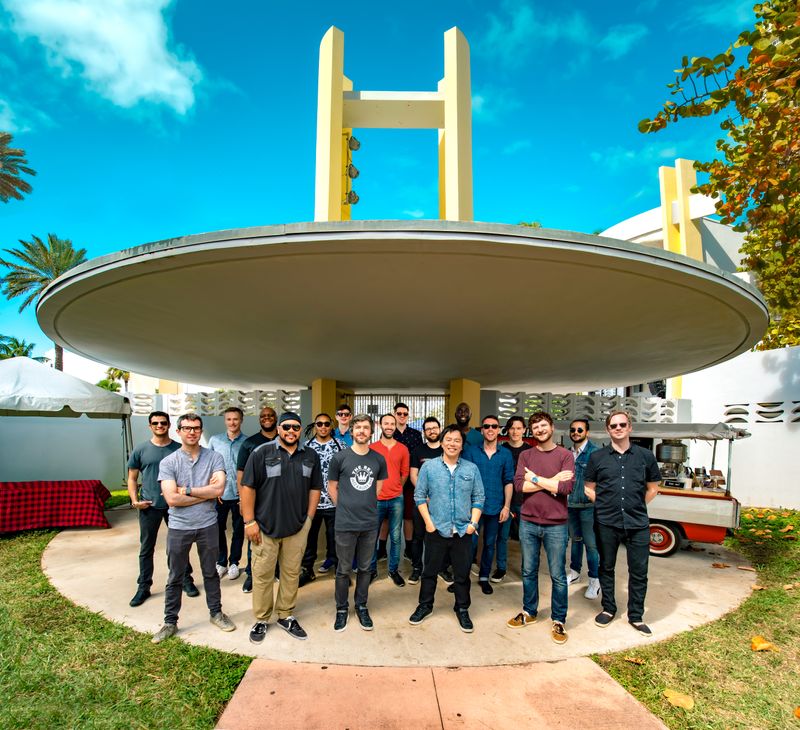 Snarky Puppy on Tour in the Music Box Village

A special visit to the Music Box Village by the Brooklyn-based megaband Snarky Puppy!

Snarky Puppy, who has received multiple Grammy awards for Best R&B Performance in 2014, and Best Contemporary Instrumental Album in 2016 and 2017, is a collective with as many as 25 members in regular rotation. They each maintain busy schedules as sidemen with such artists as Erykah Badu, Snoop Dogg, Kendrick Lamar, and D’Angelo.

At its core, the band represents the convergence of American music culture with various accents from around the world. Japan, Argentina, Canada, the United Kingdom, and Puerto Rico all have representation in the group’s membership. But more than the cultural diversity of the individual players, the defining characteristic of Snarky Puppy’s music is the joy of performing together in the perpetual push to grow creatively. The Music Box Village is hosting a tour-stop for the band.

“Snarky Puppy isn’t exactly a jazz band. It’s not a fusion band, and it’s definitely not a jam band. It’s probably best to take Nate Chinen of the New York Times’ advice, as stated in an online discussion about the group, to ‘take them for what they are, rather than judge them for what they’re not.’”

Immigrance, the new Snarky Puppy studio album, is all about movement. "The idea here is that everything is fluid, that everything is always moving and that we’re all in a constant state of immigration," explains Michael League. "Obviously the album’s title is not without political undertones."

Like Culcha Vulcha, Immigrance is a studio project, and it features most of the same musicians. And though it shares that project’s ace musicianship and dynamic, kinetic spirit, it is also more raw and moodier than its predecessor. Several of the compositions put a newfound emphasis on delivering simpler, streamlined impact. With Immigrance, Snarky Puppy is essentially practicing what it’s preached all along: That people from different places can bring their various strengths and experiences, and that can be beautiful and cohesive. The band itself is a representation of that musical expression.

SNARKY PUPPY On Tour In The Music Box Village