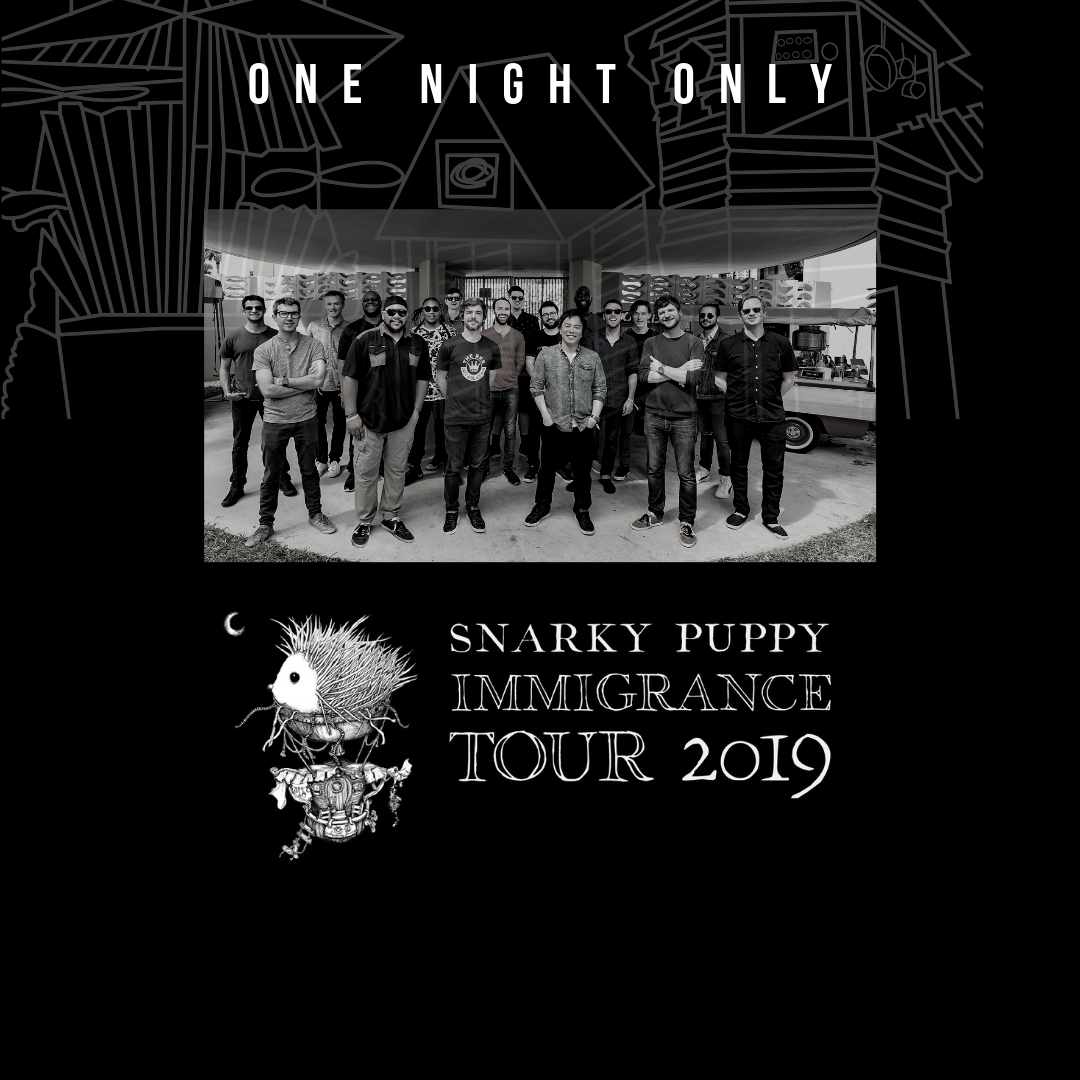 Snarky Puppy brings their dynamic blend of jazz, R&B, and neo-soul to the imaginative soundscape at the Music Box Village. Our unique site provides a sonic playground for these seasoned improvisers, and an opportunity for audiences to hear this music in an intimate outdoor setting. This show promises the deep musicianship and organic performances for which Snarky Puppy is known, and which are all over their newest record, Immergence.

After a decade of relentless touring and recording in all but complete obscurity, the Texas-bred/New York-based quasi-collective suddenly found itself held up by the press and public as one of the major figures in the jazz world. But as the category names for all three of the band’s Grammy® awards would indicate (Best R&B Performance in 2014, Best Contemporary Instrumental Album in 2016 and 2017), Snarky Puppy isn’t exactly a jazz band. It’s not a fusion band, and it’s definitely not a jam band.